Abolishing the Palestinian Authority an urgent prerequisite to liberation 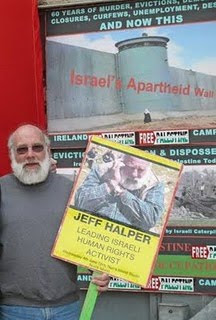 "Jeff Halper calls for the abolition of the Palestinian National Authority, which he argues is nothing but a smokescreen to enable Israel to ethnically cleanse itself while the world and Palestinian quislings are preoccupied with the pursuit of the mirage of a two-state solution, something in fact rendered utterly unachievable by Israel’s colonization of the Palestinian territories.

Even as I write this, the bulldozers have been busy throughout that one indivisible country known by the bifurcated term Israel/Palestine. Palestinian homes, community centres, livestock pens and other “structures” (as the Israel authorities dispassionately call them) have been demolished in the Old City, Silwan and various parts of “Area C” in the West Bank, as well among the Bedouin – Israeli citizens – in the Negev/Naqab. This is merely mopping up, herding the last of the Arabs into their prison cells where, forever, they will cease to be heard or heard from, a non-issue in Israel and, eventually, in the wider world distracted by bigger, more pressing matters.

Forced expulsions and Judaization
An as-yet confidential report submitted by the European consuls in Jerusalem and Ramallah raises urgent concerns over the “forced expulsion” of Palestinians – a particularly strong term for European diplomats to use –from Area C of the West Bank (the 60 per cent of the West Bank under full Israeli control but which today contains less than 5 per cent of the Palestinian population). Focusing particularly on the rise in house demolitions by the Israeli authorities and the growing economic distress of the Palestinians living in Area C, the report mentions the fertile and strategic Jordan Valley (where the Palestinian population has declined from 250,000 to 50,000 since the start of the occupation), plans to relocate 3,000 Jahalin Bedouins to a barren hilltop above the Jerusalem garbage dump and the ongoing but accelerated demolition of Palestinian homes (500 in 2011).

At the same time the “Judaization” of Jerusalem continues apace, a “greater” Israeli Jerusalem steadily isolating the Palestinian parts of the city from the rest of Palestinian society while ghettoizing their inhabitants, more than 100,000 of which now live beyond the [Apartheid] Wall. Some 120 homes were demolished in East Jerusalem in 2011; over the same period the Israeli government announced the construction of close to 7,000 housing units for Jews in East and “Greater” Jerusalem. “If current trends are not stopped and reversed,” said a previous previous European Union report, “the establishment of a viable Palestinian state within the pre-1967 borders seems more remote than ever. The window for a two-state solution is rapidly closing…”

In fact, it closed long ago. In terms of settlers and Palestinians, the Israeli government treats the whole country as one. Last year it demolished three times more homes of Israeli citizens (Arabs, of course) than it did in the occupied Palestinian territory. The demolition of Bedouin homes in the Negev/Naqab is part of a plan approved by the government to remove 30,000 citizens from their homes and confine them to townships.

None of this concerns “typical” Israelis even if they have heard of it (little appears in the news). For them, the Israeli-Arab conflict was won and forgotten years ago, somewhere around 2004 when George W. Bush informed Ariel Sharon that the US does not expect Israel to withdraw to the 1967 borders, thus effectively ending the “two-state solution”, and Arafat “mysteriously” died......"
Posted by Tony at 3:42 PM