Marie Colvin: 'Our mission is to report these horrors of war with accuracy and without prejudice' 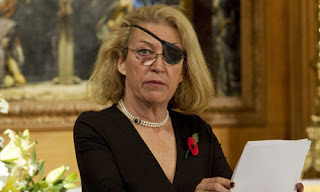 Today it was confirmed that the war correspondent Marie Colvin has died in the Syrian city of Homs. In November 2010 she gave the following speech on the importance of war reporting

"....We do have that faith because we believe we do make a difference.

And we could not make that difference – or begin to do our job – without the fixers, drivers and translators, who face the same risks and die in appalling numbers. Today we honour them as much as the front line journalists who have died in pursuit of the truth. They have kept the faith as we who remain must continue to do."
Posted by Tony at 6:36 AM