Shoot the journalists: Syria's lesson from the Arab spring 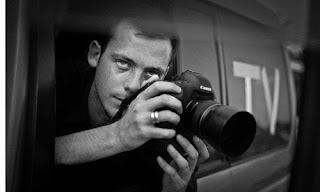 "The media centre in the Homs suburb of Baba Amr is nothing more than a family house. Once it had four storeys and a satellite dish on the roof. Reporters, photographers and cameramen had been forced to move there after their previous bolthole came under attack.

Two weeks ago, the top of the house was reduced to rubble during a visit by a CNN television crew, who had placed their own dishes there to broadcast live footage. The assault continued until the dishes were knocked down.

If other evidence were needed that the building had been targeted, before the attack last week that led to the deaths of the Sunday Times correspondent Marie Colvin and the French photographer Rémi Ochlik, it was supplied by another of the group that travelled to Homs with them, Jean-Pierre Perrin, who described how the building's own dish had been peppered with sniper rounds.

Even after their deaths, the regime has continued to attack Colvin and Ochlik. Footage was shown on state television on Saturday of their bodies, accusing them of being "spies."

The regime of Bashar al-Assad has learned the lessons of the Arab spring when it comes to dealing with the media – both citizen journalists and international outlets. As the Committee to Protect Journalists noted in a 2011 report, the regime quickly "enforced an effective media blackout" as soon as the protests began last March....."
Posted by Tony at 5:28 PM