The imperial way: US decline in perspective 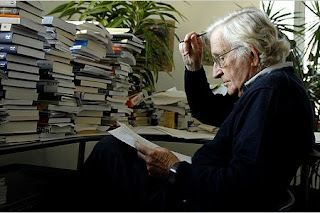 Imperialism is still with us, but power has become more broadly distributed in a diversifying world.

"This is the second of a two-part article by Noam Chomsky on the decline of US power. You can read the first part here.........

Israel and the Republican Party

Similar considerations carry over directly to the second major concern addressed in the issue of Foreign Affairs cited in part one of this piece: the Israel-Palestine conflict. Fear of democracy could hardly be more clearly exhibited than in this case. In January 2006, an election took place in Palestine, pronounced free and fair by international monitors. The instant reaction of the US (and of course Israel), with Europe following along politely, was to impose harsh penalties on Palestinians for voting the wrong way.

That is no innovation. It is quite in accord with the general and unsurprising principle recognised by mainstream scholarship: the US supports democracy if, and only if, the outcomes accord with its strategic and economic objectives, the rueful conclusion of neo-Reaganite Thomas Carothers, the most careful and respected scholarly analyst of "democracy promotion" initiatives.

More broadly, for 35 years the US has led the rejectionist camp on Israel-Palestine, blocking an international consensus calling for a political settlement in terms too well known to require repetition. The western mantra is that Israel seeks negotiations without preconditions, while the Palestinians refuse. The opposite is more accurate. The US and Israel demand strict preconditions, which are, furthermore, designed to ensure that negotiations will lead either to Palestinian capitulation on crucial issues, or nowhere......"
Posted by Tony at 6:44 AM