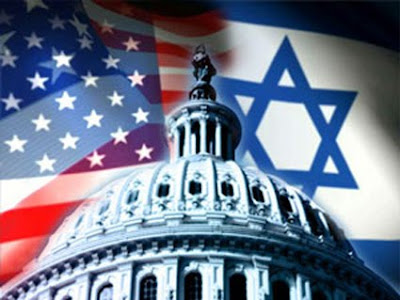 "The American people don’t particularly want a new war in the Middle East, but apparently Congress and Washington’s most powerful lobby do. Thirty-two senators have co-sponsored a resolution that will constrain the White House from adopting any policy vis-à-vis Iran’s “nuclear weapons capability” that amounts to “containment.” The senators include the familiar figures of Joe Lieberman of Connecticut and Lindsey Graham of South Carolina, both of whom have persistently called for military action. They and the other senators have presented their proposal in a particularly deceptive fashion, asserting that they are actually supporting the White House position, which they are not.....

You might well ask how the United States wound up in such a pickle. Many Americans are beginning to wake up to the fact that it is disgraceful that a small country like Israel should be able to dictate U.S. foreign policy in a key part of the world, but the current situation is actually far worse than that. This is the case of a foreign government’s lobby consisting largely of American citizens using its clout to avoid registering as a foreign agent while narrowing the policy options through its friends in Congress and the media in such a way as to make war inevitable. Some might call it treason. Such people should be denounced and marginalized before they send off another wave of young Americans to die on their behalf while beggaring the rest of us, but instead, senators and representatives will be lining up to cheer them in a month’s time. George Washington, John Adams, Thomas Jefferson, and James Madison must be spinning in their graves. "
Posted by Tony at 7:56 AM