Tawakkul Karman: The fight must go on 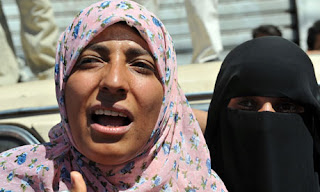 "SANA’A: Yemen’s 2011 Nobel Peace Prize winner Tawakkul Karman told reporters on Friday that she would continue to fight in “Change Square” until the government fulfills all the demands of the youth. 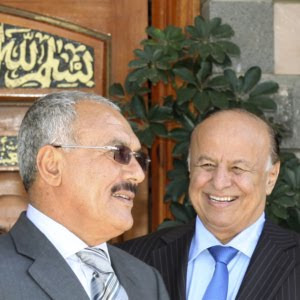 The young activist, who reluctantly cast her vote earlier in the week to the benefit of President Abdu Rabbo Mansour Hadi after having called the one-man elections a sham, said she participated as she wanted to show her opposition to President Ali Abdullah Saleh [You can do better than this Tawakkul; this is a very lame explanation for your flip-flopping. I used to think better of you; by voting in a sham "election" you have become a sham yourself!.]

“Saying yes to Hadi meant rejecting Saleh’s rule, so for that I supported the elections. However, I call now on the coalition government to implement all the necessary reforms and to transition Yemen onto the path of democracy,” Karman said....."
Posted by Tony at 3:36 AM