Were Marie Colvin and journalists deliberately targeted by Syria's army? 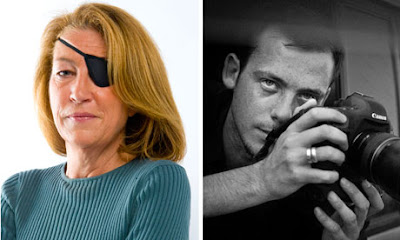 Nicolas Sarkozy has said the journalists in Homs were 'assassinated'. Here, Peter Beaumont assesses the evidence

".....
Is there any other evidence that the regime is targeting those involved in telling the story in Homs?
As well as Colvin and Remi, a prominent citizen journalist, Rami al-Sayyed, was also killed the day before. In addition, a group of activists trained by the organisation Avaaz, including several medical volunteers attempting to reach the press centre and two other citizen journalists, were found executed with their hands tied near Bab Amr after trying to reach the injured and dead reporters.

CNN staff, who had used the same media centre in an earlier visit to Homs, have indicated that they believe the Syrian military targeted their dishes on the roof with artillery fire.
The Committee to Protect Journalists has said the Assad regime appears to have a policy of intimidation against journalists to enforce a news blackout, a policy it believes has become more violent. It claims: "By controlling local news reports and expelling or denying entry to dozens of foreign journalists, the Syrian government has sought to impose a blackout on independent news coverage since the country's uprising began almost a year ago, CPJ research shows. But along with the intensity of the conflict, the dangers to the press have risen dramatically in recent months – both for independent citizen journalists and the international journalists who have smuggled themselves into Syria at extremely high risk."....."
Posted by Tony at 7:24 AM