'In Homs we are all wading in blood' 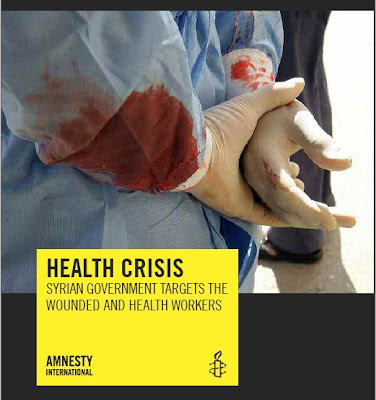 Clinics are overwhelmed with casualties as the regime's snipers target anyone who moves in the rebel neighbourhoods
Jonathan Littell
guardian.co.uk, Tuesday 21 February 2012

".....In Bayarda, shortly after Taha's death, I meet a film-maker from Damascus. "There is a religious confrontation under way here, it's undeniable," he acknowledges. "On both sides, there is talk of ethnic cleansing. But it's particular to Homs, it doesn't exist elsewhere. Me, I am a secular man. I must be here. If I am not, then it is a sectarian war. But if it develops better in other cities, if a better version of the revolution prevails, then Homs will be contained."

This is far from given. Since I left the city, on 2 February, it has been bombed daily, massively, and more than 718 people have been killed, according to a detailed list I obtained from the Syrian Network for Human Rights. Communication networks are nearly all down, there is no more bread, and the clinics are overwhelmed with casualties. The west and the Arab League, paralysed by the Russian and Chinese veto, are talking of UN peacekeepers, of humanitarian corridors. This brings back bad old memories. Between 1993 and 1995, when I was in Bosnia, more than 80,000 people were killed in front of the eyes of journalists and aid workers from around the world, and of UN peacekeepers whose mandate allowed them only to shoot rabid dogs. If we have nothing better to offer the Syrian people, we might as well leave them to their fate. It would at least have the virtue of honesty."
Posted by Tony at 6:56 PM