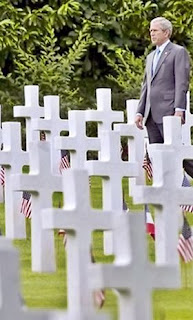 ".....Last month, Bush, who has repeatedly claimed that history will vindicate his more controversial policies, notably his decision to invade to Iraq, earned the highest public disapproval ratings in the history of the Gallup poll, which dates back to the 1930s.

In an informal survey of more than 100 U.S. historians earlier this spring, only two thought his administration would be judged a "success," while a strong majority – about two out of three – said he would be assessed as the "worst president ever." "
Posted by Tony at 5:27 AM