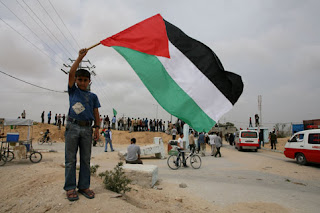 "In 2000 the UN General Assembly declared 20 June "World Refugee Day," a day during which the world can focus on the experience and plight of refugees. It is a day that not only recognizes Palestinian refugees but also other unfortunate people whose lives have been disrupted by war and injustice.

I am a Palestinian refugee; my parents as well as my grandparents are refugees too, who fled from our village al-Majdal and settled in one of the eight refugee camps in the Gaza Strip. My grandparents passed away 15 years ago, without any chance for them to see their homeland again. My parents are old and sick now, and probably will face the same destiny as their parents and die without any chance of having a look to what was once their homeland. Looking at the hard lives of my grandparents and my parents brings me nothing but a bleak vision of my future and the future of my children as refugees for life......

From one generation to the next, nothing has changed. Being educated, or having a career is nothing if one is still only a refugee living in the same borders of a refugee camp, stranded as a refugee forever. Therefore, a refugee should be added to the list of different citizenships of the world, and the word "refugee" should be used in our passports as a definition of the stateless, restless, and endless journey we must live."
Posted by Tony at 6:41 AM