Palestinian lawmaker says “Israel is punishing us for refusing to die” 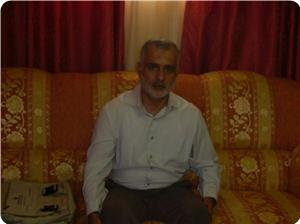 Just out of Israeli dungeons:

From Khalid Amayreh in Hebron

"A Palestinian lawmaker recently released from Israeli captivity has accused Israel of “adopting Nazi tactics” and applying them to Palestinian prisoners.

Bassem al, Za’arir, 45, who lives in the town of Sammou, south west of Hebron, won a seat in the Palestinian Legislative Council elections in the January, 2006.

However, a few months later , Za’arir and dozens of other Islamic-oriented lawmakers, cabinet ministers, mayors and other elected officials, were violently abducted by undercover Israeli soldiers as part of a sweeping crackdown on Hamas supporters and sympathizers.......

Al-Za’arir described his 24-month detention as “an extended ordeal.”

“If my case had been handled by any other court in this wide world, I wouldn’t have stayed in jail for a single day. But Israel and Justice are a scandalous oxymoron, and I think the Israelis themselves are aware of this disgrace.”

The Palestinian lawmaker said the Israeli military attorney at one point mistook him for another person and wanted to punish for violations carried out by someone else.

“I don’t know how to describe the Israeli court system. Imagine they wanted to indict me for statements made on al-Jazeera TV by (Hamas’ Gaza leader) Mahmoud al Zahhar, as if I were responsible for every word uttered by people and leaders Israel doesn’t like.”

Al-Za’arir said he thought the main reason behind the collective incarceration of dozens of lawmakers, mayors and cabinet ministers was “to punish the Palestinian people for electing these people.”

“Their message was very clear, that we are above you and above your national will, and that Israel and Israel alone has the final say and that it is Israel, not the Palestinian people, who decides who represents the Palestinians.”........"
Posted by Tony at 8:54 PM