Mearsheimer and Walt in Israel 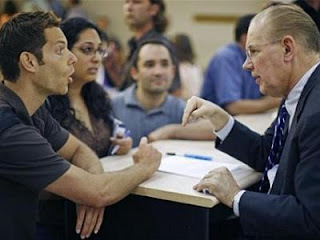 "Contrary to some expectations, the visit of the two controversial American professors was a great success.

John Mearsheimer and Stephen Walt, whose book "The Israel Lobby" has caused an uproar in the United States and was boycotted there by the Jewish establishment, were cordially received in Israel and aroused a lively debate.

The professors came to Israel as guests of Gush Shalom, after visiting Jordan and the West Bank. They continued to Dubai and Abu Dhabi.

Contrary to the fears of some, they did not encounter any difficulty in crossing into Israel - unlike another American professor, Norman Finkelstein, who was recently detained at the airport and deported.

Another worry that proved groundless was that the visit would be killed by silence, as happened to the visit of former President Jimmy Carter. On the contrary, they were overwhelmed with requests from the media, both Israeli and foreign, for interviews. Since the visit lasted for less than 48 hours, it was impossible to grant all the requests.

During the entire visit, there was not a single negative incident. The professors expressed their satisfaction with the fact that the Israeli public was ready to listen and discuss, while such a debate is impossible in the United States. Before the event, an anonymous group distributed in the hall a pamphlet of the Israel lobby, including diatribes against the professors by extreme right-wing historian Benny Morris, Allan Dershovitz and others of their ilk.

The visit began with a lecture at the Hebrew University in Jerusalem before a crammed lecture hall. In the evening they appeared at a Gush Shalom event at the Journalists' club in Tel-Aviv, where the hall was again crowded. For two and a half hours they spoke and answered questions from the floor. The discussion continued in the street after the event. The entire event was held in English, with simultaneous translation into Hebrew.

The positive attitude towards the guests was also due to their personality. If anyone expected dry and tough savants, they were proved wrong. They were seen to be warm, open and modest, eager for debate and without a trace of fanaticism or hostility, extremely well informed about Israeli affairs.

In between the public events and the dozens of interviews, the guests took time out for a tour along the Separation Wall and in the settlement areas, guided by Michael Warshawsky and Gush Shalom activists. They expressed their complete adherence to the Two State solution."
Posted by Tony at 5:39 AM