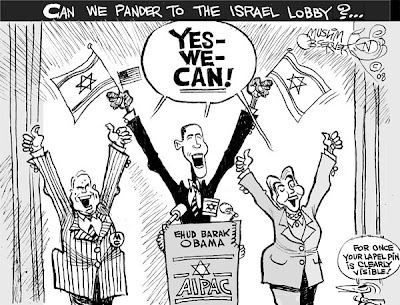 "US presidential candidate Barack Obama has said Israel's recent military maneuvers are justified in view of the threat posed by Iran.

This month, Israel carried out a large military exercise that, according to New York Times, appeared to be a rehearsal for a potential bombing attack on Iran's nuclear facilities.

When asked about Israel's recent military exercises Obama said that Israel is always justified in making decisions that will provide for its security, describing Iran as "an extraordinary threat to Israel."

Though Israel has neither confirmed nor denied the exercises, the New York Times has quoted Pentagon officials as saying 100 Israeli F-16 and F-15 fighters took part in the maneuvers over the eastern Mediterranean and Greece in the first week of June.

The Israeli jets focused on long-range strikes, allegedly in preparation to respond to the threat Israel feels over Iran's nuclear program.Tehran has asserted on many occasions that its goal in acquiring nuclear technology is to generate electricity as well as using it for agricultural, industrial and medical purposes.

Mohamed ElBaradei has said that should Israel launch a military strike on Iran he would resign from his post as director general of the International Atomic Energy Agency (IAEA), adding that such an act would turn the entire region "into a fireball".

Israel itself began developing a nuclear reactor in Dimona in the 1950s and is the only nuclear-armed country in the Middle East, known to have an arsenal of 200-400 nuclear warheads and has consistently refused to sign the Non-Proliferation Treaty (NPT)."
Posted by Tony at 3:40 AM