US: Israel rehearsing for Iran war 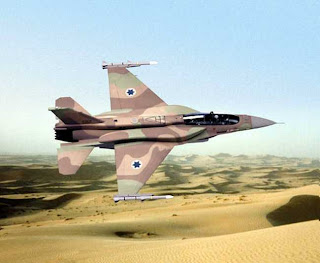 "US officials claim that a military exercise carried out by Israel earlier this month was a rehearsal for a potential attack on Iran.

American officials believe that the Israeli military exercise appeared to be an effort to develop the military's capacity to carry out long-range strikes and to demonstrate the seriousness with which Israel views Iran's nuclear program, The New York Times reported on Friday.

Israel carried out a military maneuver over the eastern Mediterranean and Greece during the first week of June. More than 100 Israeli F-16 and F-15 fighters participated in the exercise, American officials said.

A senior Pentagon official, who has been briefed on the exercise, said the regime aimed to send a clear message to the United States and other countries that Tel Aviv was prepared to act militarily if diplomatic efforts to stop Iran from 'producing bomb-grade uranium continued to falter'.

Israeli Deputy prime minister, Shaul Mofaz said in an interview published on June 6 by the Israeli newspaper Yediot Aharonot that "Attacking Iran, in order to stop its nuclear plans, will be unavoidable." However, Israeli authorities later said that Mofaz's statement does not represent Tel Aviv's official policy.

The Islamic republic says any act of aggression against the nation will be met with a 'crushing response'. "We do not brag like certain regimes, but if we are confronted we will prove our military prowess by delivering the enemy a crushing response,” said the Chief of Staff of Iran's Armed Forces Major General Hassan Firouzabadi in response to recent Israeli threats against Tehran. "
Posted by Tony at 4:05 AM