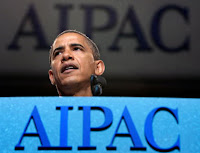 "Barack Obama has assembled a team of rivals to implement his foreign policy. But while pundits and journalists speculate endlessly on the potential for drama with Hillary Clinton at the state department and Bill Clinton's network of shady funders, the real rivalry that will play out goes virtually unmentioned. The main battles will not be between Obama's staff, but rather against those who actually want a change in US foreign policy, not just a staff change in the war room.....
The assembly of Hillary Clinton, Robert Gates, Susan Rice and Joe Biden is a kettle of hawks with a proven track record of support for the Iraq war, militaristic interventionism, neoliberal economic policies and a worldview consistent with the foreign policy arch that stretches from George HW Bush's time in office to the present......
There is not a single, solid anti-war voice in the upper echelons of the Obama foreign policy apparatus. And this is the point: Obama is not going to fundamentally change US foreign policy. He is a status quo Democrat. And that is why the mono-partisan Washington insiders are gushing over Obama's new team. At the same time, it is also disingenuous to act as though Obama is engaging in some epic betrayal. Of course these appointments contradict his campaign rhetoric of change. But move past the speeches and Obama's selections are very much in sync with his record and the foreign policy vision he articulated on the campaign trail, from his pledge to escalate the war in Afghanistan to his "residual force" plan in Iraq to his vow to use unilateral force in Pakistan to defend US interests to his posturing on Iran. "I will always keep the threat of military action on the table to defend our security and our ally Israel," Obama said in his famed speech at the American Israel Public Affairs Committee last summer. "Sometimes, there are no alternatives to confrontation.""
Posted by Tony at 2:40 AM