The Lady Between the Queen and the Tribe 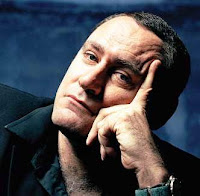 A Good Piece
By Gilad Atzmon
Palestine Think Tank
"......As it happened, yesterday I learned about an organisation named the “International Association of Jewish Lawyers and Jurists” (IAJLJ). An association with such a name didn’t take me by complete surprise. By now I am used to the concept of ‘primarily-Jewish’ organisations and associations. At the end of the day, it shouldn’t take any of us by surprise, Israel, as we know, is the ‘Jews-only’ state. Furthermore, Israel’s very few sporadic vocal opponents within the Jewish world tend for some reason to operate also in similar racially orientated primarily Jewish political settings such as ‘Jews For Peace’, ‘Jews for Justice in Palestine’, ‘Jewish Independent Voice’, etc......
.....Our “International Jewish Lawyers and Jurists” are not really interested in “pursuing” universal “human rights” as one may foolishly read. They are actually far more interested in pursuing a very particular type of rights that are relevant to a very particular and unique type of human.
Here is what the IAJLJ is saying about their very specific commitment:
“The Association is especially committed to issues that are on the agenda of the Jewish people, and works to combat racism, xenophobia, anti-Semitism, Holocaust denial and negation of the State of Israel.”.......
As I learn from The Herald, Scotland’s first female judge Lady Cosgrove has been recently cleared of allegations of bias stemming from her membership of the very international Jewish law association.
Back in 2004, Lady Cosgrove served as the reviewing judge who upheld the decision of the Scottish Home Department to refuse Mrs Fatima Helow refugee status in the UK. Mrs Fatima Helow is a Palestinian woman who survived the 1982 Sabra and Shatila massacre in Lebanon. Apparently, Mrs Helow was part of the group that in 2002 tried to charge former Israeli Prime Minister Ariel Sharon, in the International Court of Justice, for his alleged involvement in the massacre.
On the face of it, one may possibly argue that Lady Cosgrove, due to her association with the very Jewish association, was ‘committed to combat’ Mrs Fatima Helow, a Palestinian lady who openly ‘negates Israel’ and one of its most notorious war criminals Ariel Sharon. Similarly, one could have argued that considering her affiliation with a Zionist international association, Lady Cosgrove should have stepped down and avoid ruling on a case of a PLO activist and a survivor of a massacre largely associated with Sharon.
Mrs Helow’s lawyers tried to appeal against the ruling on the grounds that Lady Cosgrove was not an impartial observer due to her membership with the IAJLJ. The appeal cited speeches by IAJLJ leaders and articles in its quarterly magazine that were highly critical of Palestinian attempts to act against Israel in international courts as proof of Lady Cosgrove’s alleged bias......
For a long time I dread to say it. The gap between humanism and Zionist local and global interests is becoming unbridgeable. It may be the right time for the humanists amongst us to insist that appointees for Judicial posts must be clean of any tribal political affiliations. This would save our distinguished Lords from failing to see the obvious contradiction between the tribal and the universal. We better move in this direction and soon, we should do it for the benefit of humanity but also for the benefit of so many Jews who have nothing to do with the crimes that are committed on their behalf. "
Posted by Tony at 6:10 AM