Songs for the Mahdi Army 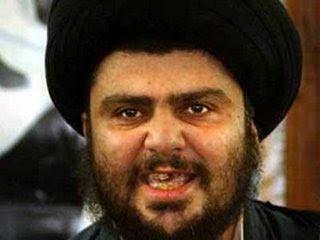 An Iraqi militia tour of Baghdad.

".....The Ministry of the Interior
At the Ministry of Interior the televisions in the lobby and waiting room were tuned in to the Shiite religious channels. Shiite religious music blared from radios of police vehicles. Shiite religious banners hung on the Ministry of Interior while Shiite religious flags waved in the wind above the nearby Ministry of Oil and other government buildings. It may have seemed harmless, but it made Sunnis feel like they did not belong. It was a way of letting them know that the state now belonged to the Shiites. And more than the Shiites—there's a close relationship between the Mahdi Army and Iraqi police in southern Baghdad. There, where the Shiite districts are dominated by Sadrists, a police officer's phone even has a Mahdi Army song as its ring tone. The Iraqi army, known to be less sectarian, had actually come to blows with Shiite police in one local checkpoint. According to one frustrated officer from the police unit, his lieutenant colonel, called Majid, had asked him to free a Sunni prisoner and collect $4,000 from his family. The man was innocent and the court had already ordered his release. Majid in turn received a promotion. Kidnappings such as this are a key source of revenue for the Mahdi Army......."
Posted by Tony at 3:31 AM