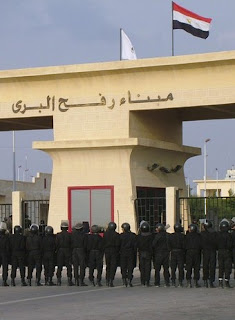 "BRUSSELS, (PIC)-- The European campaign to lift the siege on Gaza has announced that it would organize sit-ins before Egyptian embassies in a number of European countries next Saturday to demand opening the Rafah border terminal with Gaza.

The campaign in a statement in Brussels on Tuesday said that the rallies would reflect the European popular rejection of the Egyptian role in the siege on Gaza, demanding a daring Egyptian decision to open the crossing and ending the suffering of one and a half million Palestinians.

It urged the Egyptian president and government to order the immediate opening of the crossing to save the Gaza inhabitants from an unprecedented humanitarian catastrophe.

The campaign underlined that opening the crossing would end the three years old oppressive siege especially when certain countries had declared readiness to supply Gaza with fuel free of charge.

In Amman, the Jordanian vocational syndicates called for a rally in front of the Egyptian embassy on Wednesday to protest the continued closure of the Rafah terminal."
Posted by Tony at 4:03 AM