For Bush - and Obama - a gut check 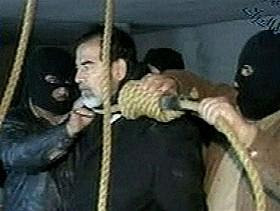 George Bush says the failure to find WMD in Iraq is his biggest regret. He should regret trusting his gut over the intelligence

"George Bush's candid interview with ABC News' Charles Gibson has one moment of awful truth – when the president, asked if he'd have gone to war had he known there were no weapons of mass destruction in Iraq, stated: "That's a do-over that I can't do." If only he could....

The intelligence on Iraq's WMD was whatever the president and his cronies (including his erstwhile ally at 10 Downing Street) wanted it to be. Over seven years of UN-mandated weapons inspection activity, conducted from 1991 until 1998, had produced a well-defined (and documented) record of disarmament which, while not providing absolute verification of the disposition of every aspect of Saddam's WMD programmes, did allow any observer interested in the facts to ascertain that Iraq was fundamentally disarmed from a qualitative perspective....

But the diversionary tactic of bait and switch, where the so-called global war on terror was used to justify an attack on Iraq, did not in any meaningful way alter the reality that Iraq had been disarmed....

I and others did our very best to highlight the factual vacuum in which Bush and Blair operated while making their case for war, but to no avail. The decision to invade had been made months before the UN weapons inspectors returned to Iraq. Their work, and the intelligence they provided, was not only ignored, but indeed was never relevant to the larger issue, centred as it was on regime change, not disarmament....

.....He doesn't regret the decision that led America to war, or the processes that facilitated the falsification of a case for war. He doesn't regret the violation of international law, the deaths of so many innocents, the physical destruction of Iraq or America's loss of its moral high ground. He merely regrets the fact that his "gut feel" on Saddam's WMD arsenal was wrong.

In this, truth be told, Bush is no different from the majority of society in both America and Great Britain. It is easy to moralise today, armed with the certainty of 20/20 hindsight, that the invasion of Iraq was wrong, the case for war a fabrication. But how many people will admit that Iraq was better off under Saddam than it is today, ruined by conflict generated by the destruction of Iraqi society prompted by the toppling of the Iraqi dictator? How many people will decry the kangaroo court and the lynch mob that convicted and executed Saddam as a travesty of both law and justice? Unless one is willing to repudiate all aspects of the US-led invasion and occupation of Iraq, inclusive of the termination of Saddam's regime, then any indignation shown over the so-called intelligence failure represents nothing more than hypocrisy....."
Posted by Tony at 2:13 AM