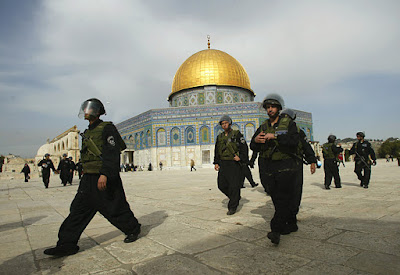 "Four Palestinians have been injured and another seven detained after Israeli police stormed the al-Aqsa mosque compound in occupied East Jerusalem.

Israeli security forces on Sunday fired rubber bullets and stun grenades at Palestinians who attempted to prevent a Zionist rally from entering the al-Haram al-Sharif courtyard within the compound on the Jewish holy day of Yom Kippur. 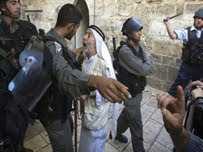 Jivara al-Budairi, Al Jazeera's correspondent in Jerusalem, said that a large number of Israeli security units have been seen by residents entering East Jerusalem, where the mosque is located.

"Special forces are still deployed inside the Haram compound yard, but are no longer clashing with the worshippers [Palestinians] inside", estimated to be around a thousand, our correspondent said........" 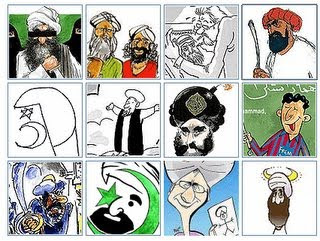 COMMENT: Where is the great Muslim "Umma?" Still resting after those exhaustive protests of Danish cartoons?

A small tremor, measuring 5.2 on the Richter scale, brought down the Al-Aqsa mosque in East Jerusalem. Israeli seismologists said that the tremor was centered less than half a mile from the mosque. There have been a lot of Israeli tunneling activities right under the mosque for years and suspicions have been raised that the cause of the collapse is an underground explosion, and not an earthquake.

In the meantime the last Arab government announced last week that it is opening an embassy in Israel which will be located in Jerusalem. This follows a period of normalization, where Israeli tourists have been welcome in most Arab countries and El-Al airline has been flying the friendly skies of most Arab countries for the last six months.
Posted by Tony at 7:29 AM