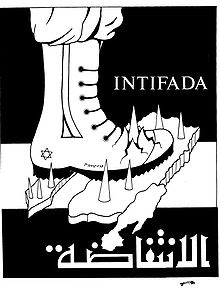 An extremist Israeli religious settler group, The Temple Mount Faithful, mark Yom Kippur annually by trying to enter the Al-Aqsa compound which they believe is built on the remains of the second Jewish Holy Temple destroyed by the Romans in AD 70.

The organisation has stated repeatedly that they intend to destroy Al-Aqsa Mosque and build the Third Holy Temple on top of its remains.

Against a background of Israel's increasing Judaisation of East Jerusalem in a bid to keep the city united under eternal Israeli control and to usurp Palestinian aspirations to East Jerusalem as the capital of a future Palestinian state, Al-Aqsa has increasingly become a point of friction........"
Posted by Tony at 4:08 AM