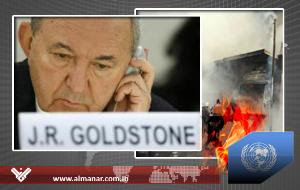 "01/10/2009 Richard Goldstone, who recently headed a United Nations commission investigating the events of Israel's aggression on the Gaza Strip last winter, told CNN on Wednesday that Israel had intentionally targeted some civilian sites during the war, though he stressed that he did not believe it was an Israeli policy.

The report, which accuses both Israel of war crimes, was formally presented to the United Nations Human Rights Council on Tuesday. When asked whether he believed that Israel had targeted civilians, Goldstone said "Not as a policy. A fully fledged formal investigation will find that out. We didn’t get near being judicial."

However, he also said that "some of the killing...was certainly intentional. There was no mistake in bombing factories. The Israeli intelligence has very precise information." The former judge explained that "Israel has said that given the density of the population in Gaza - they did the best they could to avoid civilians," but added that "we certainly looked into the fact that Hamas put their weapons near civilians. We looked for proof but didn't find it."....."
Posted by Tony at 2:48 AM