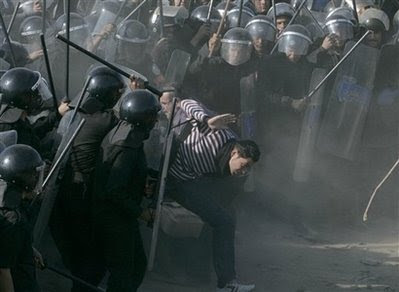 ".......Almost everyone in Egypt seems to have gone on strike these days -- lawyers and judges, doctors and engineers, pharmacists and government employees, public transport workers and garbage collectors. Fueled by poverty, rising costs and a lack of government responsiveness, this unprecedented wave of labor unrest has become the primary means of venting frustration at a government that has survived for decades by clamping down on political dissent. 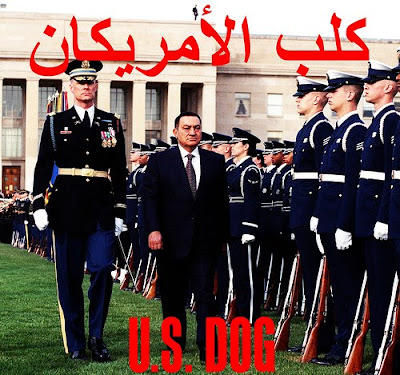 The protests come at a critical juncture for Egyptian politics and U.S. policy in the Middle East. Questions are rampant about the health of President Hosni Mubarak, 81, who has been at the helm for 28 years. Many are concerned that he will hand power to his son Gamal, extending the life of an unpopular regime marked by repression and stagnation. Against this backdrop, the Obama administration is relying on Egypt to help broker peace between the Israelis and Palestinians and improve America's relationship with the Muslim world, goals that President Obama has made clear will help define his tenure.......

Mahmoud al-Khodeyri once epitomized the promise of Egypt's reform movement.

In 2005, he and thousands of judges took to the streets to demand autonomy for the judicial branch. Today, the protest's leaders have fled the country; the government has divided the judiciary and retains its grip.

"We were a threat to the government," said a solemn-faced Khodeyri. "No longer."

Many worry that the labor movement faces the same future. Mustafa Foudha, who is trying to start an independent textile workers union, says his movement is infiltrated by government spies. He was expecting greater change after last year's strike.

"All that is happening now is just a little stone thrown into stagnant water," Foudha said. "It hasn't opened a new path for the water to move." But Nafaa and others say that without major reform, the unrest could boil over. "It is like a time bomb," Nafaa said. "You don't know when this will explode." "
Posted by Tony at 9:23 AM