Should Ehud Barak have immunity? 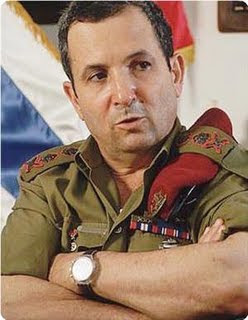 "The attempt to obtain an international arrest warrant for deputy Israeli prime minister Ehud Barak is the latest development in what lawyers describe as a rapidly growing area of law – "universal jurisdiction".

Under this principle, the most abhorrent crimes – such as genocide, torture and war crimes – can be prosecuted in the national courts of countries other than where they were committed. Customary international law and treaties such as the torture convention now place obligations on states to ensure that alleged perpetrators of these crimes are brought to justice, even it means trying them in their own courts.......

However lawyers acting for the Palestinians seeking the warrant argue that further developments to the law since the Pinochet case have diminished the defence of state immunity. The recent arrest warrant issued by the international criminal court for the serving president of Sudan, Omar al-Bashir, marked a turning point in international law as Bashir became the first serving head of state to be indicted by the court......."
Posted by Tony at 3:25 AM