Bill Kristol's 'Emergency Committee?' Give me a break 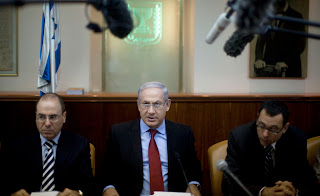 By Stephen M. Walt
"Via Ben Smith at Politico, we learn that the usual suspects have started yet another organization whose objective is to promote a hard-right, Likudnik agenda in the Middle East. The new group apparently intends to go after anyone who thinks U.S. Middle East policy has been less than totally successful in recent years, and who is willing to think for themselves (and U.S. interests), instead of reflexively echoing the positions favored by AIPAC and other groups in the "status quo" lobby.
To be more specific, Smith reports that hardline neoconservatives such as William Kristol, Michael Goldfarb, Noah Pollak, and Rachel Abrams have joined forces (again) with rightwing Christian evangelical Gary Bauer to establish a new group: the "Emergency Committee for Israel." The group says it is going to target candidates in key Senate and Congressional races, along with the Obama administration. It is directing its initial salvo (in the form of a TV ad) at Congressman Joe Sestak (D-PA), who defeated incumbent Arlen Spector in the Democratic primary and is now running for the Senate. Sestak was targeted because he had the temerity not to sign an AIPAC-sponsored letter awhile back, and though he's a strong defender of Israel, he's been critical of Israel's counterproductive blockade of Gaza......"
Posted by Tony at 4:43 AM