Sheikh Qawouk: Hezbollah, Too, Has List of Targets in Israel 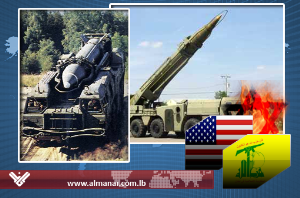 “The Israelis know well that all these threats and intimidations and maneuvers will cease to exit in the face of Resistance equations and surprises in any coming war.” Sheikh Qawouk said statements by Israeli Army Chief of Staff Lt. Gen. Gabi Ashkenazi have "exposed" those involved in plans to target the Resistance at the political and media levels.

"They also revealed the scheme that is being prepared internationally and regionally and perhaps locally to target the Resistance," he said......

Israel has hinted that it would attack locations where it said there was evidence of Hezbollah “stockpiling weapons in towns and villages near the border.”

Security sources told Israel radio that in case of a deterioration in the situation, Israel would give an ultimatum for residents of the south to leave their homes to pave way for an attack on what the Zionist entity claims to be depots inside villages.

Earlier in the week, the Israeli military published a series of aerial photographs of south Lebanon showing the alleged depots. The images and maps show what the military says are bunkers and arms caches located in the middle of al-Khiam village, only four kilometers from the Lebanese border with Palestine."
Posted by Tony at 3:32 AM