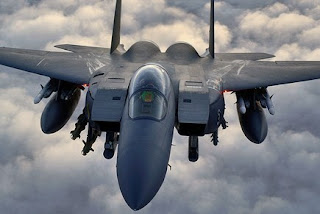 "EXECUTIVE SUMMARY
This report concludes that military action against Iran should be ruled out as a means of responding to its possible nuclear weapons ambitions. The consequences of such an attack would lead to a sustained conflict and regional instability that would be unlikely to prevent the eventual acquisition of nuclear weapons by Iran and might even encourage it.
Oxford Research Group’s (ORG) analysis in its last report on the issue in 2006 (Iran: Consequences of a War) examined the capabilities and intentions of the United States and Israel to carry out military action.
While US action against Iran may now be unlikely, given the policies of the Obama administration, Israel’s potential for action against Iran has increased. This report examines the improvements in Israeli strike capabilities in the past four years and points to Israel’s newly developed ability to conduct major attacks on Iranian nuclear and missile programmes. Long-range strike aircraft acquired from the United States, combined with an improved fleet of tanker aircraft, the deployment of long-range drones and the probable availability of support facilities in north-east Iraq and Azerbaijan, all increase Israel’s potential for action against Iran.
Many sections of the Israeli political elite regard the Iranian nuclear and missile programme as an existential threat to Israel. If there is no progress to curtail Iran’s nuclear ambitions by other means, there is significant Israeli support for military action. This might also extend to renewed action by Israel in southern Lebanon to counter the progressive re-arming of Hezbollah militias by Iran.
Iran regards a civil nuclear programme as a technological right, and sees its missile force as primarily defensive, however this might be viewed in Israel. While there is little evidence of a nuclear weapons programme, there are indications that Iran is moving towards the means to acquire that capability, even if it does not plan to take the final steps and withdraw from the Non-Proliferation Treaty (NPT).
While an Israeli military strike could not be initiated entirely without the knowledge of the United States, it could avoid over-flying US-controlled airspace. The operation would target a wide range of nuclear and missile facilities and would also be aimed at the technical support, including factories, research centres and university facilities that would underpin the rebuilding of the facilities after attack. There would be significant civilian casualties.
An Iranian administration under attack would experience considerable national unity and would work rapidly to redevelop its weapons programmes, withdrawing from the NPT and prioritising nuclear weapons. This would lead to further Israeli military strikes, resulting in prolonged conflict – the start of a long war with potential regional and global consequences. Iran could, if it chose, take many other actions, including operations to affect world oil markets and to increase instability in Iraq and Afghanistan. Prospects for regional stability and wider global security would be very seriously damaged.
The report concludes that military action against Iran should be ruled out in responding to its possible nuclear ambitions....."
Posted by Tony at 2:18 PM