Manufacturing Consent to Attack Iran: Taliban claims over soldier deaths in doubt as killer is linked to Iran 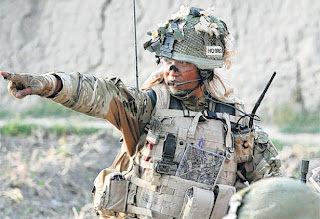 "The investigation into the killings of three British soldiers by an Afghan colleague will try to discover if he was involved with groups other than the Taliban. Officials said they would try to ascertain whether Talib Hussein, 22, had any connection with Shia Muslim organisations linked to Iran.

He fled after attacking the men from 1st Battalion, The Royal Gurkha Rifles, in their base in the Nahr-e Saraj district of Helmand province on Tuesday. Hussein is a member of the Hazara community which traditionally has strong ties to Iran, and which suffered at the hands of the Taliban when they were in power in Afghanistan....."
Posted by Tony at 4:35 AM