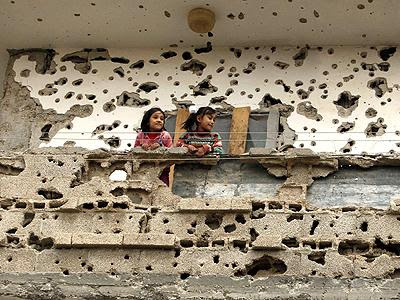 "The Gaza aid flotilla has come to symbolize a breathtaking type of creative resistance. Ingenious, challenging and as Israel has learnt much to its folly, devastating!

Clearly the Mavi Marmara has changed the Zionist worldview of a tiny Jewish state besieged by hostile terrorists forever. No longer is Israel able to lean on deceptive arguments of the past to justify its policies of repression and vengeful occupation.....

Indeed, following the Gaza flotilla raid, Israeli foreign ministry official Daniel Ayalon claimed that those on board the Mavi Marmara had ties to “agents of international terror, international Islam, Hamas, al Qaeda and others”. Mark Perry quotes a senior CENTCOM officer as saying that putting Hezbollah, Hamas, the Muslim Brotherhood and al Qaeda in the same sentence as if they are all the same, “is just stupid”!

There cannot be any dispute that Israel’s image has been severely battered. Public opinion tilted in support of justice for Palestinian people will not be swayed by the multitude of lies deliberately fabricated by Israel and its army of apologists in many capitals of the world."
Posted by Tony at 8:05 AM