Iranian Scientist Would Not Play Curveball 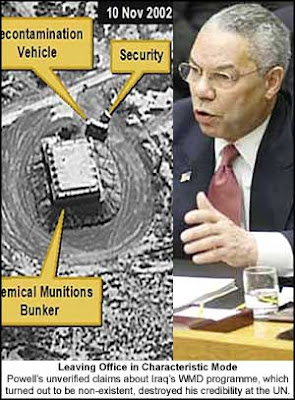 "Useful insights often must be seen through a glass darkly. But some can be pulled through the smoke and mirrors shrouding the wanderings of Iranian scientist Shahram Amiri, who is now back home in Iran after 14 months in the U.S. as guest of the CIA.

The confusing/amusing spin applied by both countries to L' Affaire Amiri can detract from the real issues. The facts beneath the competing narratives permit a key conclusion; namely, that U.S. intelligence has learned nothing to change its assessment that Iran halted work on the nuclear-weapons related part of its nuclear development program in the fall of 2003 and has not restarted that work....

Keenly aware of the disaster that would ensue if Israel and fellow travelers in Washington persuaded President Bush to attack Iran or encourage Israel to do so, senior U.S. military leaders joined with those in Congress who had originally requested the NIE and pressed successfully for releasing the key judgments to the public.....

Looking for a Curveball

A brief refresher for those who have put out of mind the lead-up to the attack on Iraq: Curveball was the name assigned to a defector who provided detailed reporting on those "mobile chemical warfare laboratories," which were rendered by CIA graphic artists into visuals to accompany Secretary of State Colin Powell's bogus presentation to the UN Security Council on February 5, 2003.

The biological weapons labs did not exist, but the images helped to get a war started the following month. Smoke and mirrors can be consequential....

What is abundantly clear is that Israel and the neocons are determined to ratchet up the conclusions of the 2007 NIE and make them sound far more ominous in the Memorandum to Holders.

And if no one better than Amiri shows up, they can always make him into Curveball #2 anyway, and then order the excellent CIA graphics shoppe to create artists renderings of the kind they did for Curveball's imaginary mobile chemical weapons labs. (The danger here is that this ruse would be all too reminiscent of Powell's bravura performance in February 2003.)....."
Posted by Tony at 2:01 PM