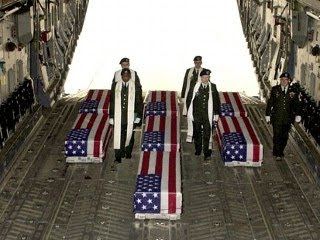 "Five more American soldiers have lost their lives in Afghanistan's volatile south, bringing to 12 the number of foreign soldiers killed over the past 48 hours.

NATO's International Security Assistance Force (ISAF) said on Wednesday that four of the soldiers lost their lives in a bomb attack, while the other one was killed in a gunfight with the Taliban in the volatile south.

The latest casualties come a day after seven NATO soldiers -- four British and three American -- were killed in the war-torn country.

Meanwhile, Taliban spokesman Qari Yousuf Ahmadi claimed that militants have killed 13 American troops and seven Afghan soldiers during an attack on a military outpost in Kandahar.