Afghanistan: Why Civilians are Killed 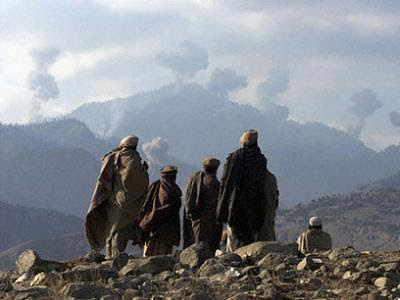 "Introduction: The recent rash of civilian killings by NATO forces in occupied Afghanistan raises several basic questions: Why do US – NATO air and ground forces kill so many civilians, so persistently, over such long stretches of time, in regions throughout the country?....

A People’s War: Not a War on Terror

The killing of civilians is not “accidental”. The fundamental reason that so many civilians are killed, everyday, in every region for over a decade, is because the civilians and the combatants are indistinguishable. The image of the Afghan combatants as some kind of footloose professional bomb throwing terrorist is completely off the mark. Most Afghan fighters have families, cultivate farmland and tend herds; they raise families and attend mosque; they are ‘part-time civilians’ and part-time fighters. Only in the schematic minds of the “great strategists of war” in the Pentagon and NATO headquarters do such distinctions exist. Their deadly military mission to ‘save the people from terrorist fundamentalists’, a self-serving self-deception, is, in fact, a ladder up the military-political hierarchy. Each step up depends on waging a ‘just war’ to a successful conclusion.

The civilian-combatants are a mass popular phenomenon. How else can we explain their capacity to sustain armed resistance for over a decade, indeed, advancing with the passing of time? How can we explain their military success against the armed forces and advisers from 40 countries, including the US, Europe and a clutch of Afro-Asian-Latin American mercenaries? How can we explain the growing resistance despite suffering from military occupation, backed by the most advanced technological instruments of war? How can we explain the ebb of popular support for the war in the ‘Conqueror’s country and the growing number of recruits for the Resistance? The combatants have the loyalty of the Afghan people; they do not have to spend billions to buy the spurious ‘loyalties’ of mercenaries who can and have at any moment ‘turned their guns the other way’....."
Posted by Tony at 7:09 AM