Brotherhood spokesman in Syria calls on youth to pardon Mubarak 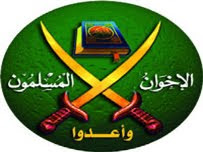 "The Muslim Brotherhood spokesperson in Syria, Zuheir Salem, is asking the Egyptian youth to organize protests in Tahrir Square for the pardoning of ousted President Hosni Mubarak.

In an article published on the website of the Arab Middle East Center for Civilization Studies and Advisory Studies Thursday, Salem asserted that it would be a lesson in civilization for the youth to call for the pardon.

“What a lesson in civilization the youth of Egypt’s Tahrir Square, including Muslim Brotherhood youth, would offer if they called for pardoning the president who treated them unjustly and ignored their suffering for decades?”

Salem said there was no better or more mature way they could say to "Mubarak, who heard no one, that 'We are not like you…you are free to go.'"

Salem justified his radical request on the ground that it is a “civilized message to the people of the world to replace the brutal image of his people that Mubarak presented to the world.”...."
Posted by Tony at 7:03 PM