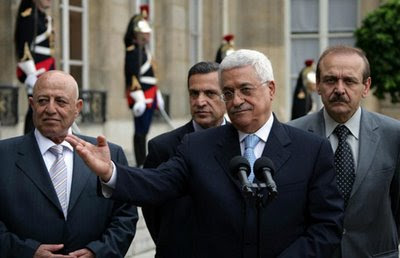 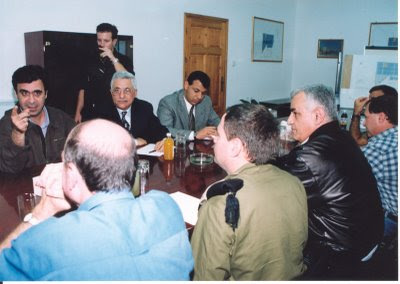 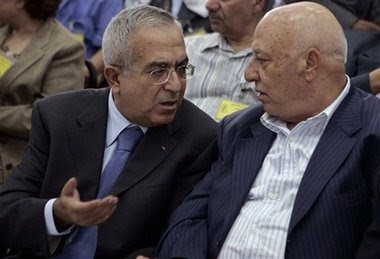 This is All That is Left of the PLO: The Palestinian Mafiosi

"...... We are free to debate anything and everything except Zionism, Israel and Judaism. In Palestine and the Arab world, we are allowed to discuss few things but one thing no one dares to discuss is the PLO, its illegitimacy and its failures.

Israel committed war crimes for over 20 days in Gaza, killing and murdering in cold blood women and children, destroying homes, schools, social centers, UN facilities, mosques and hospitals yet, no one in the US and the West dare to say anything let alone criticize Israel, its racist and criminal practices, as we have seen in the BBC’s refusal to air calls for aid to Gaza and in the attack on Paul Simon and CBC for its airing of the recent special of why a two state solution is not possible any more.

Mahmoud Abbas, whose presidential term finished and expired a couple of weeks ago and who lost any and all legitimacy as president of Palestine and the Palestinian Authority stood up yesterday in Cairo and declared that under no circumstances will there be any dialogue with those who (Hamas) questions the legitimacy of the Palestine Liberation Organization.

I am sure all Palestinians and the Arab world, with the exception of the very few Palestinians who are on the payroll of the PLO know well that the PLO lost any and all of whatever legitimacy it had to begin with 20 years ago. What remains now of the PLO is nothing more than perhaps a couple of dozen “parasites” around Mahmoud Abbas, direct beneficiaries of his financial generosity. I am sure if the payroll stops they will drop the PLO as hot potatoes......"
Posted by Tony at 1:05 PM