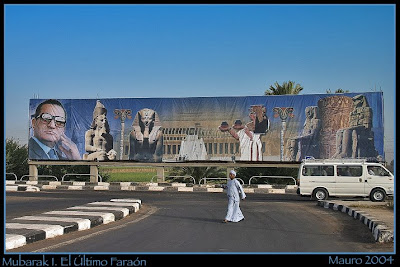 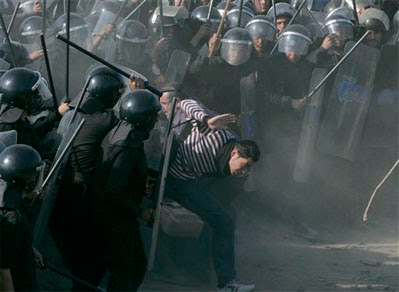 "........For all the religious euphoria that has marked the revolution, its root causes are in reality more sociopolitical than theological. After all, theology cannot create revolution if its conditions are not seething in society's gut and within its political forces. The vast wells of popular anger that erupted at the end of the 1970s were fed by grievances that had been building for years. At the forefront of these was the corruption and despotism of the Shah and his regime; the widening circle of sociocultural marginalisation, fuelled by pseudo-modernisation; and the regime's acquiescence to foreign interventions, particularly from the US.

There is much about this pre-revolutionary Iranian scene that would appear familiar to the observer of the wider Middle East today. While the region's modern history has been mired in a string of crises associated with a fragile post-colonial state, its ills have been further aggravated by the erosion of legitimacy that has accompanied the last few decades. Its first source - national liberation - faded with the departure of the independence generation, and the rise to power of a new breed of colourless technocrats and generals.

And as the promises of development and progress vanished into the smoke of the shanty towns, the Arab state lost its last refuge from its citizens. Stripped of all cover, it degenerated into a terrifying oppression machine. The more depleted its legitimacy, the greater it relied on the police, internal intelligence apparatuses, and on the support of foreign patrons - much like the Shah. Most Arab regimes would not survive without the perpetual use of violence against their citizens and opponents - aided and abetted by their "friends" and allies. 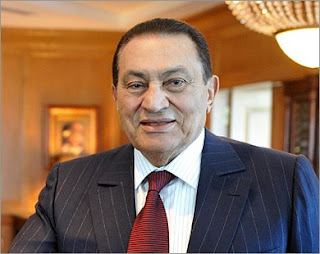 Egypt may represent the clearest manifestation of this state of affairs. For the last decade, its 80-year-old president has been preoccupied with ensuring the accession of his son, Gamal, to the throne of the republic. In the meantime, his country, the most populous in the Arab world, sinks deeper into degeneracy, with receding regional influence, rampant corruption, and millions teetering on the verge of starvation.

What we have before us is a deadly recipe for explosion. By the 1990s, with the collapse of communism and Bush Sr's attack on Iraq, most Arab regimes had reached their sell-by date. Thanks to their "business as usual" Euro-American allies, their expired lives were extended. But one cannot see how they can escape mortality much longer, amid a sea of crises and surging popular anger.

Of course, this is not to say that the Iranian scenario will be replicated in Egypt - or other Arab countries - or that another Khomeini will soon emerge. History does not repeat itself. What is doubtless though is that many components of the Iranian dynamite are today raging beneath the surface of imposed "stability", especially as new sociopolitical forces are entering the stage on the ruins of the discredited official elite.

Four months before the Shah was forced to flee, the CIA issued a report describing his regime as stable. The shah, it predicted, "is expected to remain actively in power over the next ten years". Things haven't changed much since. The same state of wilful oblivion is still in play. Blinded by short-term interests, western governments insist on seeing things in the region as they want, not as they are. In truth, they are the real makers of revolution in the Middle East."
Posted by Tony at 3:09 AM