Gaza Massacre Foretold in 2005: What May Come After the Evacuation of Jewish Settlers from the Gaza Strip 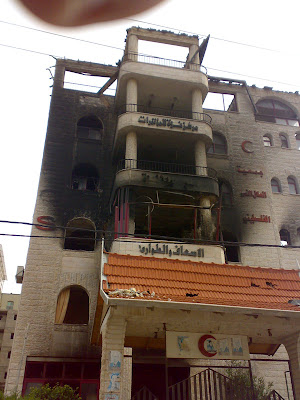 A Warning from Israel

"......The scenario could be similar to what has already happened in the past - a tactic that Ariel Sharon has used many times in his military career - i.e., utilizing provocation in order to launch massive attacks.

Following this pattern, we believe that Prime Minister Ariel Sharon and Defence Minister Shaul Mofaz are considering to utilize provocation for vicious attacks in the near future on the approximately one and a half million Palestinian inhabitants of the Gaza Strip: a possible combination of intensified state terror and mass killing. The Israeli army is not likely to risk the kind of casualties to its soldiers that would be involved in employing ground troops on a large scale in the Gaza Strip. With General Dan Halutz as Chief of Staff they don't need to. It was General Dan Halutz, in his capacity as Commander of the Israeli Air Force, who authorized the bombing of a civilian Gaza City quarter with a bomb weighing one ton, and then went on record as saying that he sleeps well and that the only thing he feels when dropping a bomb is a slight bump of the aircraft.

The initiators of this alarm have been active for many decades in the defence of human rights inside the State of Israel and beyond. We do not have the academic evidence to support our feeling, but given past behavior, ideological leanings and current media spin initiated by the Israeli government and military, we believe that the designs of the State of Israel are clear, and we submit that our educated intuition with matters pertaining to the defence of human rights has been more often correct than otherwise......"
Posted by Tony at 12:33 PM