The Zionist Pharaoh at it Again! 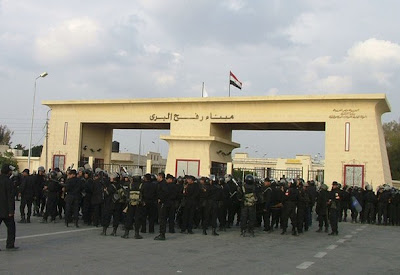 "Egypt has seized relief supplies for the Gaza Strip as it continues to keep closed the Rafah border crossing for aid flow to the region.

Shurbagi said the aid was being stored pending the reopening of the Rafah border crossing.

Cairo has kept closed the crossing despite international concerns over further worsening of the humanitarian situation in the region.

"No humanitarian, media or medical delegations will be allowed through, nor will medical aid deliveries be permitted," an Egyptian border official had told AFP.

The Gaza Strip is suffering from a humanitarian crisis due to the tight 19-month old blockade of the region and a 23-day war which killed nearly 1330 Palestinians mostly civilians.

The Rafah border crossing was closed even during the deadly Israeli offensive in which people were in dire need of basic goods and medical supplies. "
Posted by Tony at 5:21 AM