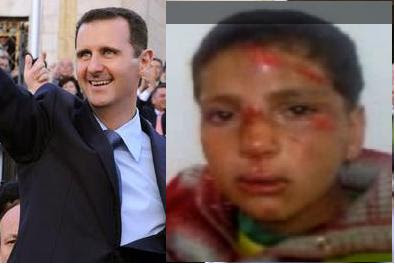 Assad's speech had been widely anticipated inside Syria and hailed in advance as potentially "groundbreaking". But the hour-long address offered no substantive concessions to demonstrators who had demanded an overhaul of laws that have greatly restricted freedoms for more than four decades.

Opposition activists reacted furiously, with protesters taking to the streets in several cities soon after the speech ended. Around 300 marchers in the Irbin suburb of Damascus chanted "No to dialogue with murderers," a witness told Reuters by telephone.

"There is no middle option between tyranny and democracy," opposition organiser, Maluth Aumran, said on Twitter. "We are in the 98th day of protests and Bashar is still in denial."...."
Posted by Tony at 6:58 AM