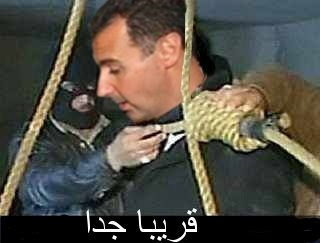 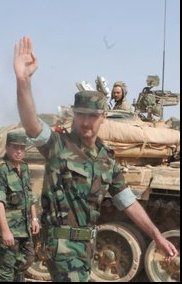 "Syrian officials have ordered military units to step up patrolling near the Turkish border in a warning to its increasingly irate northern neighbour not to establish a buffer zone inside Syria.

Diplomats in Ankara and Beirut believe the Syrian advance on the border village of Khirbet al-Jouz, initially portrayed as a sweep against dissidents, was a veiled threat to Turkey, which is steadily turning on President Bashar al-Assad as his regime's crackdown on dissent continues.

In the wake of Assad's speech last week, Turkish officials gave him one week to start reforms and stop the violent suppression of protests, which is estimated to have killed more than 1,400 people in less than four months....

Refugee accounts are being used to compile a referral to the international criminal court, which will be asked to prosecute Assad and key regime officials for crimes against humanity. The referral is being prepared by several rights groups, including Insan, which is also compiling testimonies from defecting Syrian soldiers.
Turkey's growing diplomatic anger at Syria has made Istanbul an attractive hub for the Syrian opposition movement, which has received scores of defectors in recent weeks. Beirut, which is less than three hours' drive from Damascus and offers easy access to Syrian citizens, is now considered too dangerous for anti-regime dissidents. "It is a clearing house only," said one Syrian activist who directs a network of dissidents across the border. "There are many ways that the regime can get to people here – they don't even have to be here themselves. They just use their proxies."...."
Posted by Tony at 1:24 PM