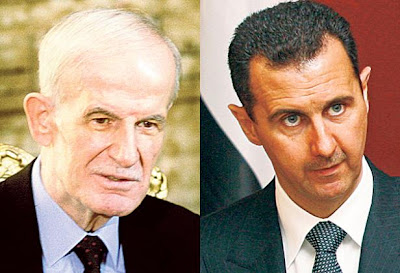 "Protesters have taken to the streets across Syria to denounce a speech by President Bashar al-Assad, saying his address did not meet popular demands for sweeping political reform.

Rallies were held in major cities including Homs, Hama, Latakia and in Damascus suburbs.

In the Sleibeh and Raml al-Filistini districts of the coastal city of Latakia, protesters chanted "liar, liar".

"People were still hoping he would say something meaningful that would result in tanks and troops leaving the streets. They were disappointed and started going out as soon as Assad finished talking," one activist in the city said.

"No to dialogue with murderers," protesters chanted in the Damascus suburb of Irbin.

Demonstrations also took place in the eastern city of Albu Kamal on the border with Iraq, the southern city of Deraa and other towns in the Hauran Plain, cradle of the uprising, now in its fourth month.

Activists said dozens of students were arrested in a protest at the campus of Aleppo University."
Posted by Tony at 6:31 AM