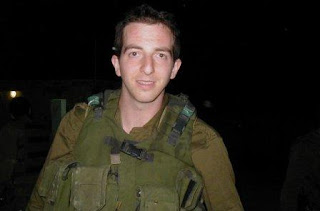 "Egyptian prisoners in Tel Aviv have sent a letter to the Egyptian Foreign Minister Nabil al-Araby demanding their release in a prisoner swap for Ilan Grapel, the alleged Israeli spy arrested in Egypt. Meanwhile, dozens of Palestinians in the Gaza Strip protested in front of the Egyptian consulate to demand the release of 100 Palestinians from Israeli prisons in a swap for Grapel.

The Israeli National News website Arutz Sheva reported on Saturday that the Egyptian prisoners were arrested for participating in the resistance movement against Israeli occupation in Palestine.

The site also reported that Araby refused to meet an Israeli delegation to discuss the release of alleged Israeli spy Ilan Grapel. He said the issue is non-negotiable as it affects Egypt's national security....."
Posted by Tony at 4:30 AM