Interview: Alice Walker on the Gaza Freedom Flotilla and the struggle for justice 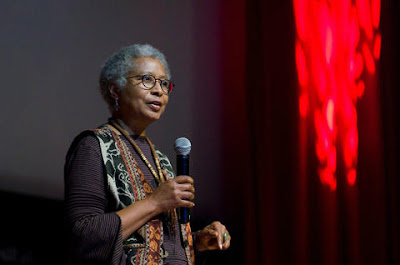 "Celebrated American author and poet Alice Walker will later this month be among 38 people aboard the Audacity of Hope, the ship sponsored by US Boat to Gaza as part of an international effort to break Israel’s maritime siege of Gaza.

In a conversation with Ali Abunimah, Walker speaks about her thoughts on the eve of the trip and the parallels between the Gaza Freedom Flotilla and the Freedom Rides during the US Civil Rights movement when black and white Americans boarded interstate buses together to break the laws requiring racial segregation. The Freedom Riders were met with extreme violence — including bus burnings, attempted lynchings, jail and torture.

Walker — who has authored more than thirty books, the best known of which is the Pulitzer Prize winning novel The Color Purple — also reflects on her recent visit to the occupied West Bank, the role of dancing and joy in the struggle for freedom and the situation in the United States. Her latest book, a memoir, is titled The Chicken Chronicles....."
Posted by Tony at 4:17 AM