It's not just Dominique Strauss-Kahn. The IMF itself should be on trial 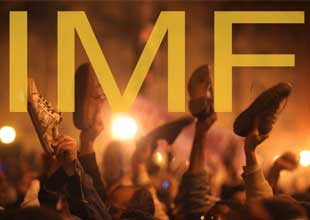 Imagine a prominent figure was charged, not with raping a hotel maid, but with starving her, and her family, to death

"Sometimes, the most revealing aspect of the shrieking babble of the 24/7 news agenda is the silence. Often the most important facts are hiding beneath the noise, unmentioned and undiscussed.

So the fact that Dominique Strauss-Kahn, the former head of the International Monetary Fund (IMF), is facing trial for allegedly raping a maid in a New York hotel room is – rightly – big news. But imagine a prominent figure was charged not with raping a maid, but starving her to death, along with her children, her parents, and thousands of other people. That is what the IMF has done to innocent people in the recent past. That is what it will do again, unless we transform it beyond all recognition. But that is left in the silence.....

If Strauss-Kahn is guilty, I suspect I know how it happened. He must have mistaken the maid for a poor country in financial trouble. Heads of the IMF have, after all, been allowed to rape them with impunity for years. "
Posted by Tony at 4:26 AM