Military council plans meetings with youth despite calls to boycott 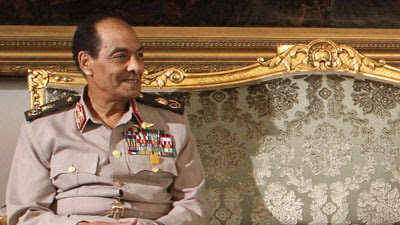 "Egypt's ruling military council today announced its plans to hold several meetings with revolution youth coalitions this week, but not all groups plan to participate.

On Tuesday, the April 6 Youth Movement announced its intent to boycott the meetings. Most secular youth groups have also decided not to participate.

“We have reservations over this call specifically, which prevents us from participation,” the movement explained in a statement posted on the internet.

The Supreme Council of the Armed Forces (SCAF) on Monday called for the meeting, following rallies staged on Friday in Tahrir Square that demanded trials for former President Hosni Mubarak's regime.

In a message posted on Facebook, it said revolution youth approved of its call, so it decided to multiple meetings with youth.

But the April 6 Youth Movement said it feared former members of the disbanded National Democratic Party (NDP) would participate in the meetings....."
Posted by Tony at 7:04 AM