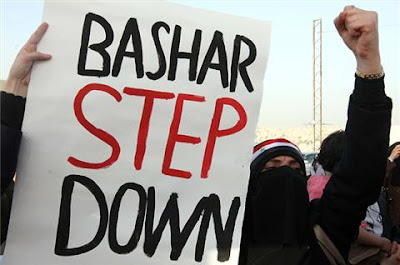 Amnesty offer hailed as too little too late, as opposition members meet in Turkey to plan country's future.

"Syrian opposition members have rejected an amnesty offer by President Bashar al Assad as a token concession in order to contain a crisis that has called the legitimacy of the current leadership into question.

The deal and the leadership has been "rejected and revoked", Ammar Abdulhamid, a Syrian pro-democracy activist, said.

Exiled opposition leaders and members met on Wednesday to close ranks and forge a plan for a "new, democratic Syria", in a gathering of activists 10 weeks since an uprising against Baathist rule began.

During the conference, members of the opposition will form a committee in order to liaise with the international community.

The conference, hosted in the Turkish coastal city of Antalya, brings together a broad spectrum of opposition figures driven abroad over the last three decades; from Muslim politicians crushed in the 1980s to Christians escaping repression....."
Posted by Tony at 3:27 AM