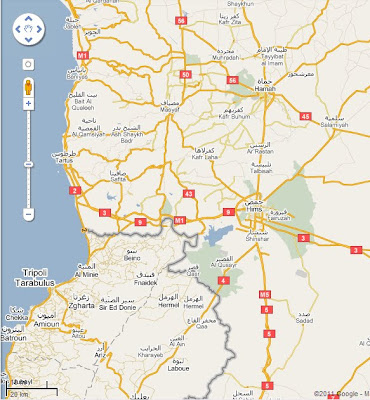 "Syria's bloody uprising claimed 13 more victims on Thursday when government forces shelled the central town of Rastan in a continuing offensive that belied offers of an amnesty for regime opponents.

Reports from Rastan and nearby Talbisa, north of Homs, described mosques and shops being hit by shellfire. Al-Jazeera reported 60 dead since Sunday in Rastan alone. Talbisa was said to be under siege by tanks, helicopters and snipers.

Further violence seems likely on Friday as protesters mark a "children's Friday" in memory of Hamza al-Khatib, a 13-year-old boy who was killed in the Deraa area and whose battered and mutilated corpse has become a rallying-point for anger at the regime of President Bashar al-Assad.

Ammar Qurabi, head of the Syrian Organisation for Human Rights, referred to the names of 1,113 civilians killed since the protests erupted on 18 March......"
Posted by Tony at 2:02 PM