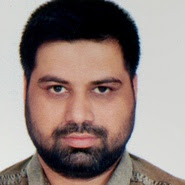 "When a Pakistani journalist - not a foreigner - writes that al-Qaeda is infiltrated deep inside the military establishment, the mission's on. You abduct, torture and snuff him. Assassination, low-tech, is how they finally got Saleem. And "they" had to be the Inter-Services Intelligence - as he knew, and told us, all along....

Pakistani Inter-Services Intelligence (ISI) deserves a medal of honor. Quite an intel op; whether it did it directly, subcontracted by military intelligence or through ''rogue'' elements, it has set the bar very high.

After all, when a Pakistani journalist - not a foreigner - writes that al-Qaeda is infiltrated deep inside the Pakistani military establishment, one's got to act with utmost courage.

So you abduct the journalist. You torture him. And you snuff him. Target assassination - the low-tech version. After all, if the Pentagon can drone their way to tribal heaven - and get away with it - why not join the fun?

Saleem was a brother. In the aftermath of 9/11 we worked in tandem; he was in Karachi, I was in Islamabad/Peshawar...."
Posted by Tony at 4:09 AM