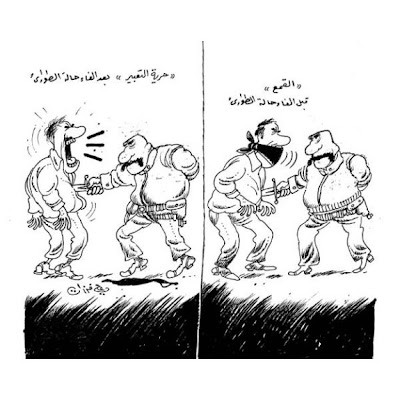 "BEIRUT, Jun 1, 2011 (IPS) - Since pro-democracy protests began over two months ago, Syria has been engaged in a fierce media war - with journalists arrested and international press banned from entering the country. This has severely curtailed the flow of information out of the country.

"There is no independent press in Syria," says Human Rights Watch Director Nadim Houry. "And journalists apprehended by authorities are held in complete isolation and forced to remain incommunicado," he told IPS in Beirut.

The deteriorating state of journalism in Syria has placed the country among the worst in the world - in terms of freedom of the press. As a result of the information vacuum, the media is forced to depend on eyewitness accounts and second-hand reports.

According to the Committee to Protect Journalists (CPJ), about 20 local and international journalists have been physically assaulted, detained, or expelled from Syria since the start of the country’s popular uprising on Mar. 15.

"All foreign journalists are turned away at the borders," says a taxi driver talking to IPS on condition of anonymity. "Any person carrying a pocket camera will automatically raise the suspicions of Syrian custom agents."

Dorothy Parvaz, an online reporter for Al Jazeera English, arrived in Syria on Apr. 29. She was detained by an unidentified security service for six days and denied any contact with the outside world....."
Posted by Tony at 4:31 AM