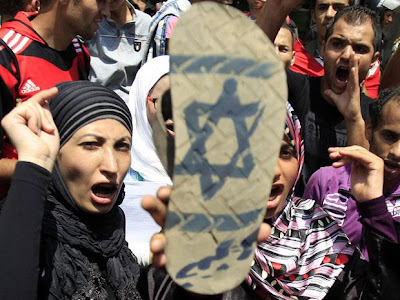 Informed sources at Cairo International Airport said Levanon boarded a Turkish plane bound for Istanbul and that no Foreign Ministry officials arrived at the airport to bid him farewell, as is the usual protocol for ambassadors leaving permanently.

Levanon arrived to Cairo from Turkey early Sunday morning to formally say goodbye to Egyptian officials. He has been in Israel since September due to rioting outside the Israeli Embassy that forced him and other embassy staff to leave.

During his visit, he met with Foreign Minister Mohamed Kamel Amr for the final time.

Israel has appointed Yaakov Amitai to replace Levanon as ambassador."
Posted by Tony at 6:54 AM