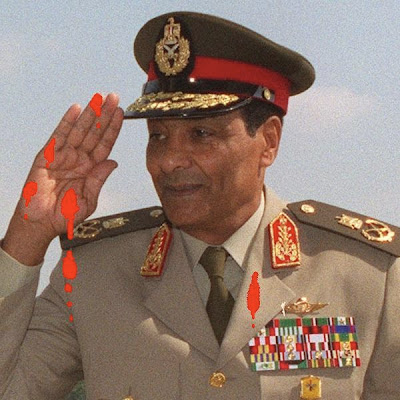 "CAIRO, Nov 25, 2011 (IPS) - Egyptians hoping for greater freedoms and less police brutality after the fall of president Hosni Mubarak say the military council that has ruled in his place has carried on the ex-dictator's brutal legacy, and in some cases exceeded it.

"The military council is dealing with the Egyptian people as if it is running a military camp," says rights activist Sherif Azer. "It took decades for enough anger to build up against Mubarak for a revolution; it has only taken nine months to have another."

Thousands of Egyptians took to the streets across Egypt this week calling for the Supreme Council of the Armed Forces (SCAF) to hasten the transition to civilian rule and for its leader, Field Marshall Mohamed Hussein Tantawi, to step down. At least 41 people have been killed and over 3,000 injured in nearly a week of clashes between protesters and the security forces they want disbanded.....

Speaking on national television last Tuesday, adopting a style and tone reminiscent of Mubarak, Field Marshall Tantawi denied that the military council was seeking to consolidate its power. He said parliamentary elections scheduled to begin on Nov. 28 would take place as planned, though presidential elections would be moved up to June 2012...."
Posted by Tony at 6:56 AM